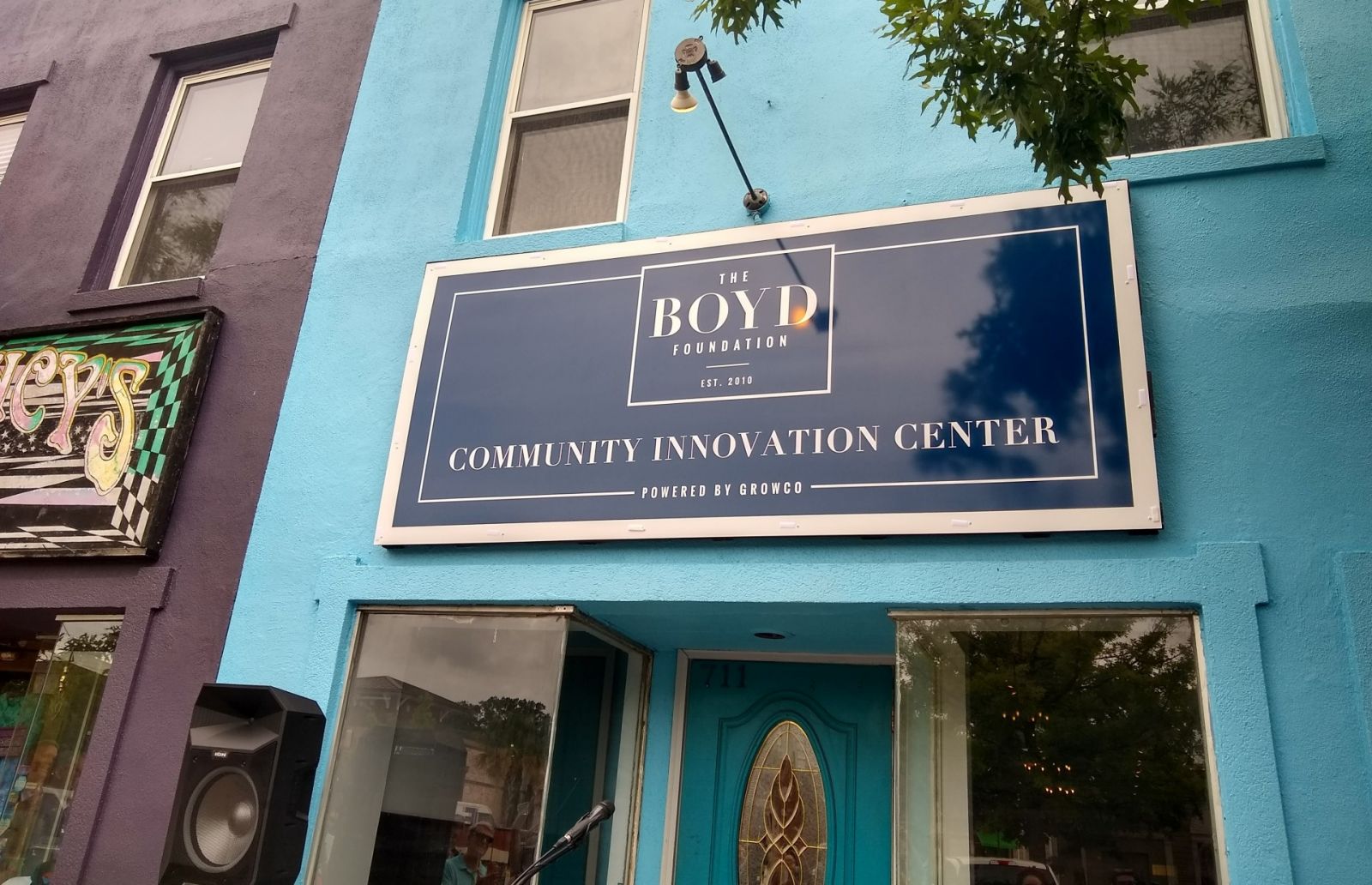 Would-be Columbia entrepreneurs now have a new space right in the middle of Five Points where they can network, learn about starting a business and set up workspace to begin meeting their goals.

City leaders, business owners and members of the community turned out Tuesday morning for the opening of The Boyd Foundation Community Innovation Center at 711 Saluda Ave., located between Loose Lucy’s Clothing Store and Tapp’s Outpost.

The Innovation Center is funded by a $1 million donation from The Boyd Foundation, which was founded in 2010 by Columbia residents Darnell B. and Susan F. Boyd.

The foundation’s core goals include creating and supporting outdoor facilities, the beautification of wildlife areas, educational programs and enhancing the quality of life in the Columbia area in general, according to the foundation’s website. Some of its recent projects include the creation of the Sanctuary at Boyd Island along the Saluda Riverwalk and renovation of the Aquarium and Reptile Center at Riverbanks Zoo & Garden.

The Innovation Center will provide space for entrepreneurs to meet with their peers for networking and swapping ideas, as well as a central location for monthly workshops on different topics related to starting and growing a business, according to Joe Queenan, a volunteer with Growco, a collaborative partnership dedicated to sparking entrepreneurship in Columbia and one of the driving forces behind the new center.

Queenan said the search for an executive director to run the Innovation Center started this week, and three people had already expressed interest in the job by the time the new venture was announced around 10 a.m. Tuesday. While the executive director is a paid position, much of the work at the center will be done by volunteers from Growco and other local groups.

“With the size of our population, we should really have about 5,000 high-growth startup founders here in Columbia, and we only have a fraction of that,” Queenan said. “We really haven’t done what other cities have done to provide the path and the process for entrepreneurs, especially those wanting to start high-tech companies, to get up and running. That’s what we want to do with this center.”

Attracting and supporting high-tech startups is one of the center’s main goals, but Queenan said the Innovation Center will be open to help those seeking to start all types of businesses.

Columbia Mayor Daniel Rickenmann attended the opening and said the new center will help the city become a top spot in the state for new tech companies.

Queenan said center plans to eventually offer low-cost office space for some startups to use after they launch.

“It will be a place where they can get up and running before eventually being able to move to other space in the area, hopefully around Five Points and surrounding neighborhoods,” Queenan said.

The Innovation Center is a positive step for the Five Points area, according to Frank Adams, president of the Wales Garden Neighborhood Association, which is close to Five Points. In the past, Adams and others in the association have expressed concern about noise, crime and other problems in the area.

“This is going to be a profound contribution of wholesome growth and business opportunity for the Five Points area,” Adams said. “It’s good to see development down here focused on supporting entrepreneurship and the area’s positive growth rather than just making a profit. This is going to help the future of Five Points.”

A business presence will be a new thing for the address, which for the past several years has been home to entertainment venues. The building is the former location of the White Mule Music Pub and Eatery, and before that Delaney’s Speakeasy.

Queenan said the goal is to have the executive director hired and the Innovation Center up and running this fall.